by Jordan B. Peterson 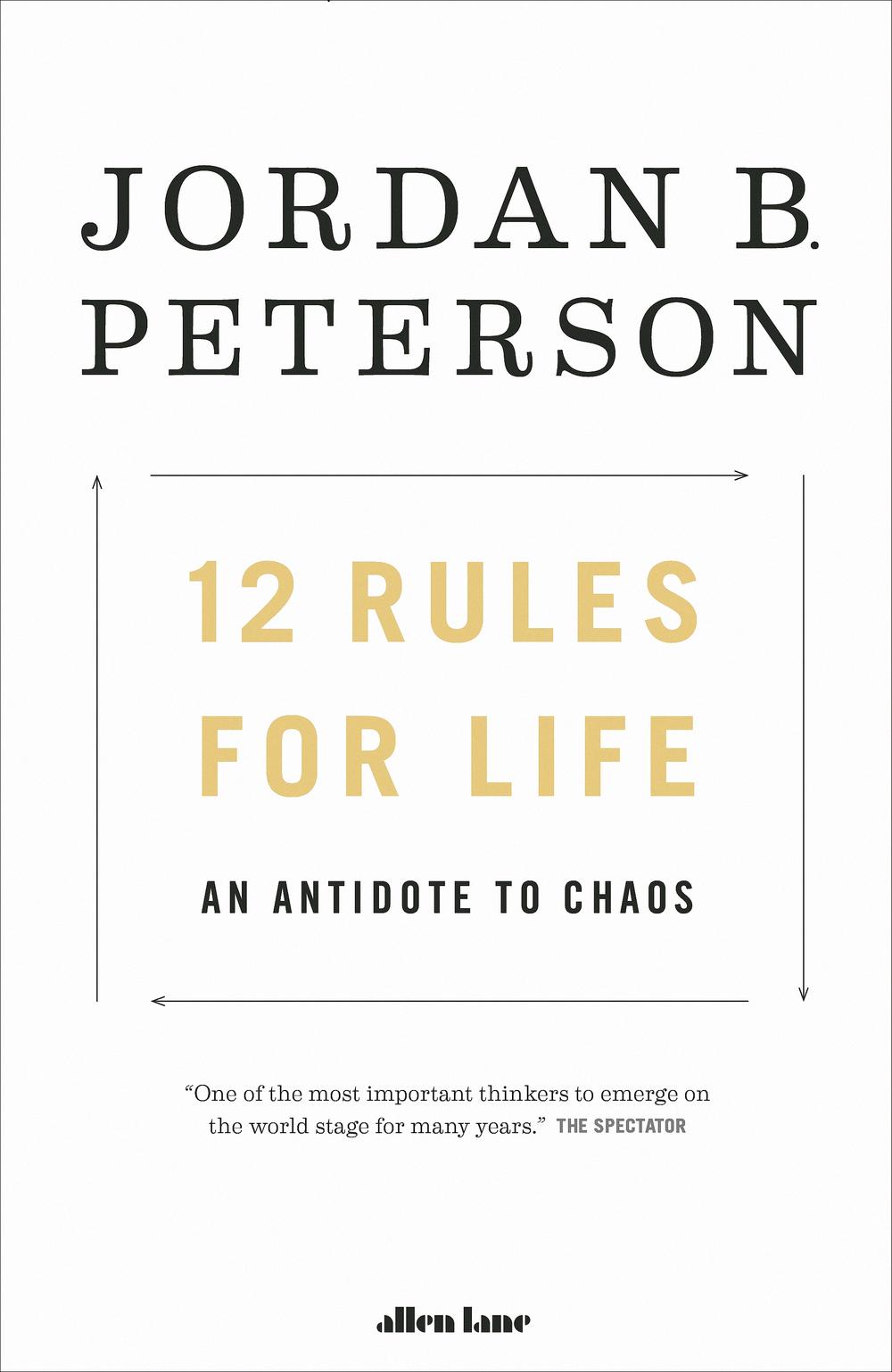 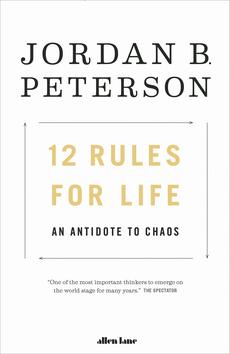 Jordan Peterson's work as a clinical psychologist has reshaped the modern understanding of personality, and now he has become one of the world's most popular public thinkers, with his lectures on topics ranging from the Bible to romantic relationships drawing tens of millions of viewers. In an era of polarizing politics, echo chambers and trigger warnings, his startling message about the value of personal responsibility and the dangers of ideology has resonated around the world.In this book, he combines ancient wisdom with decades of experience to provide twelve profound and challenging principles for how to live a meaningful life, from setting your house in order before criticising others to comparing yourself to who you were yesterday, not someone else today. Gripping, thought-provoking and deeply rewarding, 12 Rules for Life offers an antidote to the chaos in our lives: eternal truths applied to our modern problems.

Jordan B. Peterson is a Professor of psychology at the University of Toronto. Raised in the frigid wastelands of Northern Alberta, he has flown a hammer-head roll in a carbon-fiber stunt-plane, and built a Kwagu'l ceremonial bighouse on the upper floor of his Toronto home after being invited into and named by that Canadian First Nation. He's taught mythology to lawyers, doctors and business people, consulted for the UN Secretary General, helped his clinical clients manage depression, obsessive-compulsive disorder and anxiety, and lectured extensively in North America and Europe. With his students and colleagues, Dr. Peterson has published over a hundred scientific papers, and his book Maps of Meaning revolutionized the psychology of religion. Formerly a professor at Harvard University, he was nominated for its prestigious Levenson Teaching Prize.

Peterson's appeal...is genuinely extraordinary. Clearly many young men feel he gives them a sense of meaning, inspiration and encouragement unmatched by any other modern thinker ... A prophet for our times -- Dominic Sandbrook Daily Mail Everyone must read 12 Rules For Life, by Jordan B. Peterson. It is the most enlightening book I have read in ages. Google him if you like, if it makes you feel better. It will, by the way. His YouTube lectures are amazing for all sorts of reasons. But get the book, that is the most important thing. And then read it. And then pass it on to a friend, or even better, an enemy -- Chris Evans Peterson is charismatic and exceptionally articulate.... There is something masterful about him... He is a new kind of public intellectual, using YouTube to spread ideas infinitely wider than predecessors such as Bertrand Russell or Isaiah Berlin. ... He's filling the hole out of which my generation has just clambered. His essential message that men should grow up is a way of saying, it's cool to be free - but to what end?' -- Amol Rajan New Statesman The most influential public intellectual in the Western world right now New York Times A phenomenon Prospect Anyone who is in a position of leadership would find it very insightful ... Jordan Peterson is a profound writer - he messes together the disciplines of psychology, anthropology, science, and politics -- Gina Miller Jordan Peterson is a Canadian psychologist whose seemingly overnight ascent to cultural rockstar comes after years of deep scholarship in many disciplines. His new book, 12 Rules for Life, is atop bestseller lists, and millions have followed his lectures on YouTube. He has a penchant for seeing the application of micro-scale information to societal problems Psychology Today In a different intellectual league... Peterson can take the most difficult ideas and make them entertaining. This may be why his YouTube videos have had 35m views. He is fast becoming the closest that academia has to a rock star Observer It is that rare thing: self-help that might actually be helpful New Statesman One of the most eclectic and stimulating public intellectuals at large today, fearless and impassioned -- Matthew d'Ancona Guardian Someone with not only humanity and humour, but serious depth and substance ... Peterson has a truly cosmopolitan and omnivorous intellect, but one that recognises that things need grounding in a home if they are ever going to be meaningfully grasped ... As well as being funny, there is a burning sincerity to the man which only the most withered cynic could suspect Spectator The most sought-after psychologist in the world Psychology Today Fascinating ... Peterson is brilliant on many subjects -- Bryan Appleyard Sunday Times Peterson has become a kind of secular prophet who, in an era of lobotomised conformism, thinks out of the box ... His message is overwhelmingly vital -- Melanie Philips The Times A rock-star academic, a cool, cowboy-boot-wearing public thinker who directs tough love at overprotected youth ... [Peterson] twirls ideas around like a magician -- Melanie Reid The Times A wonderful psychologist -- Malcolm Gladwell Like the best intellectual polymaths, Peterson invites his readers to embark on their own intellectual, spiritual and ideological journeys into the many topics and disciplines he touches on ... If Peterson is right, you have nothing to lose but your own misery -- James Grainger Toronto Star Jordan Peterson is the most important and influential Canadian thinker since Marshall McLuhan. His bold synthesis of psychology, anthropology, science, politics and comparative religion is forming a genuinely humanistic university of the future -- Camille Paglia Profound, charismatic and serious... One of the most important thinkers to emerge on the world stage for many years ... Peterson has become increasingly difficult to ignore - and whoever chooses to do so will deprive themselves of an intriguing intellectual journey -- Tim Lott Spectator A master at helping his students become more reflective, and take themselves and their futures more seriously -- Norman Doidge, author of 'The Brain that Changes Itself' 12 Rules for Life hits home - from identifying the deeply engrained hierarchical ladder that motivates our decision making to asking indispensable and sometimes politically unpopular questions about your life and suggesting ways to better it -- Howard Bloom, author of 'The Lucifer Principle'

What does everyone in the modern world need to know? A renowned psychologist answers hard questions with a unique combination of ancient wisdom and clinical experience.

Articulately written, with sound evidential support. Delivery was prompt thank you.
By Davy
By Maks
By Robert
my son is enjoying the book a lot :)
By kylie