Can We Trust America?: A Superpower in Transition: Australian Foreign Affairs 8 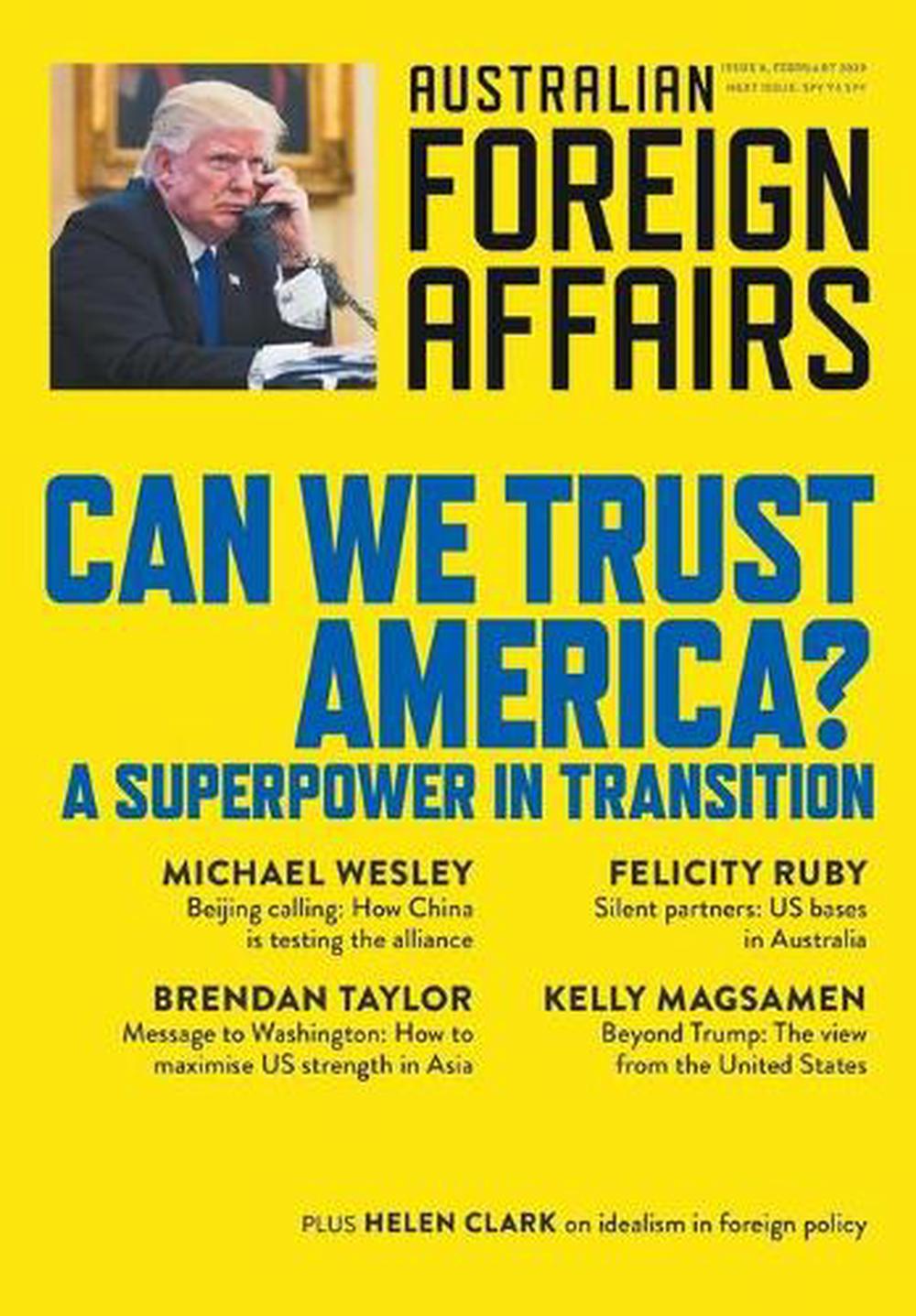 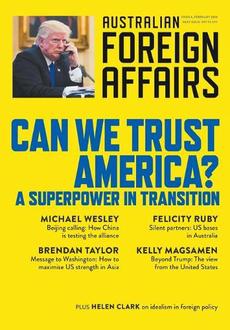 "As the United States needs Australia more, we have the chance - and the obligation - to shape the alliance in our interests. Instead, we have become less questioning and more compliant with each presidential tweet." MICHAEL WESLEY

The eighth issue of Australian Foreign Affairs examines the changing status of the United States as its dominance in the Asia-Pacific faces challenge from China and its "America First" foreign policy marks a shift away from global engagement.

Can We Trust America? looks at the uncertainties for Australia as questions arise about the commitment of its closest ally.

Felicity Ruby delves into the uses and consequences of America's intelligence and surveillance facilities in Australia.

Brendan Taylor explores how the United States can strengthen its position in a contested Asia.

Kelly Magsamen reports from America on how it can preserve and enhance its role as a great power.

John Blaxland proposes a compact with our Pacific island neighbours.

Helen Clark reflects on the role of foreign policy advisers.

Jonathan Pearlman is the editor of Australian Foreign Affairs and the world editor of The Saturday Paper. He is a correspondent for The Straits Times newspaper (Singapore) and was Australia-Pacific correspondent for The Telegraph (UK). He previously worked at The Sydney Morning Herald, covering foreign affairs and politics from Canberra and Sydney.

Can We Trust America? explores the uncertainties for Australia as questions arise about the commitment of its closest ally.