Australia and Indonesia: Can we be Friends?: Australian Foreign Affairs Issue 3 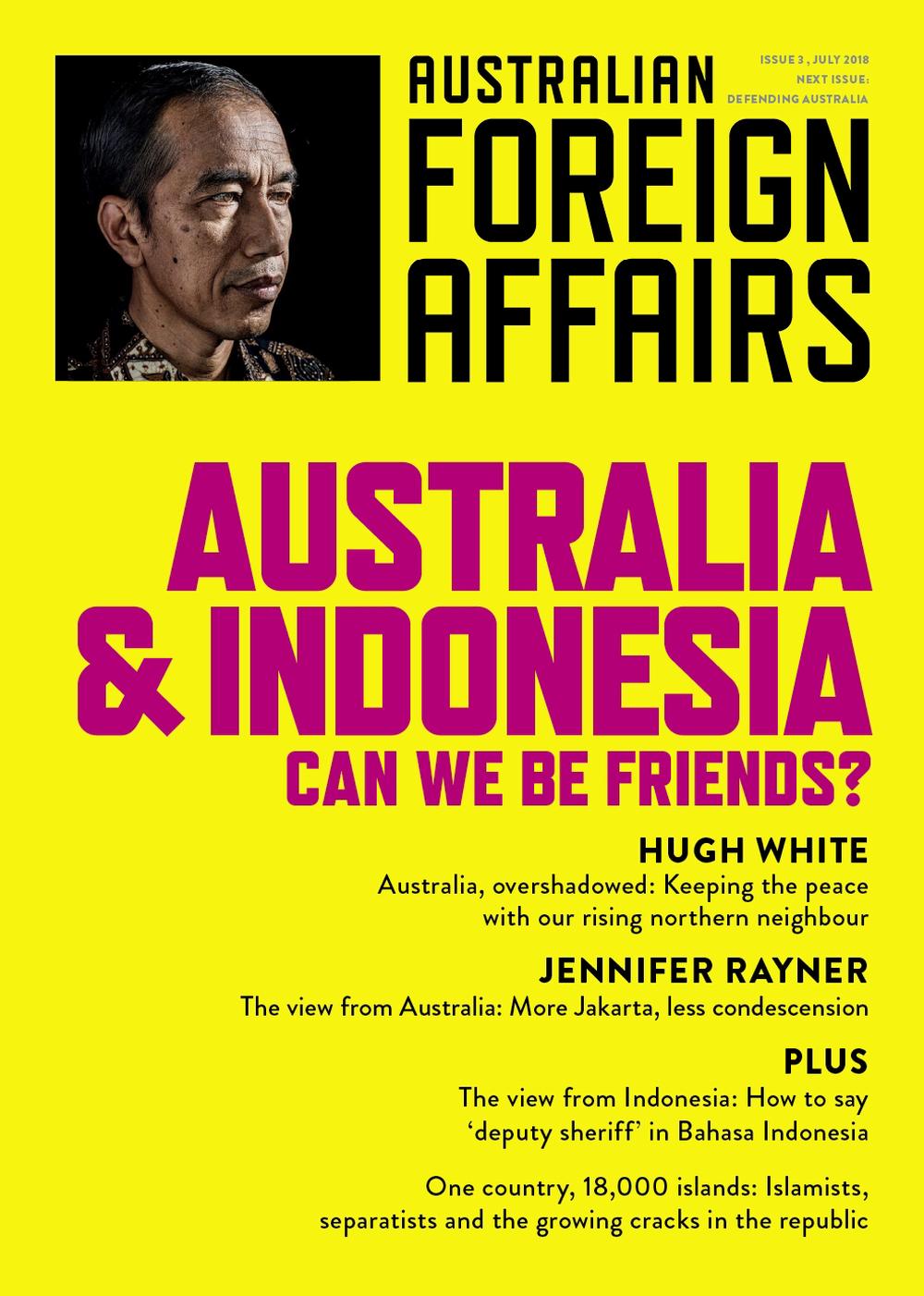 The third issue of Australian Foreign Affairs examines the turbulent relationship between Australia and Indonesia, and the missteps and missed opportunities that have prevented the forging of a friendship. It examines Indonesia's rise, its sharp religious and political divisions, and the opportunities and challenges this presents for Australia.

Australia and Indonesia is crucial reading for anyone wanting to understand the intricacies of one of Australia's most important relationships. As Asia's power balance changes, the two neighbours need to deepen ties now to avoid a wider gulf in the future.

Hugh White examines why Australia should embrace the rise of Indonesia, which could be a valuable ally but also a dangerous adversary. Jennifer Rayner analyses Australia's economic and political challenges as it struggles to keep pace with its northern neighbour. Endy M. Bayuni reports on the Indonesian perspective on Australia and the misperceptions that hinder closer ties. Tim Lindsey explores the growth of conservative Islam in Indonesia, reflecting on what this means for Australia and the world. Julia Wallace discusses Myanmar and the Rohingya crisis. Richard McGregor examines China's authoritarian revival.

Jonathan Pearlman is the editor of Australian Foreign Affairs and a correspondent for the Telegraph (UK) and the Straits Times newspaper (Singapore). He previously worked at the Sydney Morning Herald, covering foreign affairs and politics. He has worked as a correspondent in the Middle East, as well as covering various international stories, including the 2008 US election and the violence in eastern Congo. His work has appeared in numerous publications, including Diplomat, Good Weekend and Australian Book Review, and he has been a Walkley Award finalist and United Nations Media Award winner. He was born in Sydney and studied at the University of New South Wales and Oxford University.