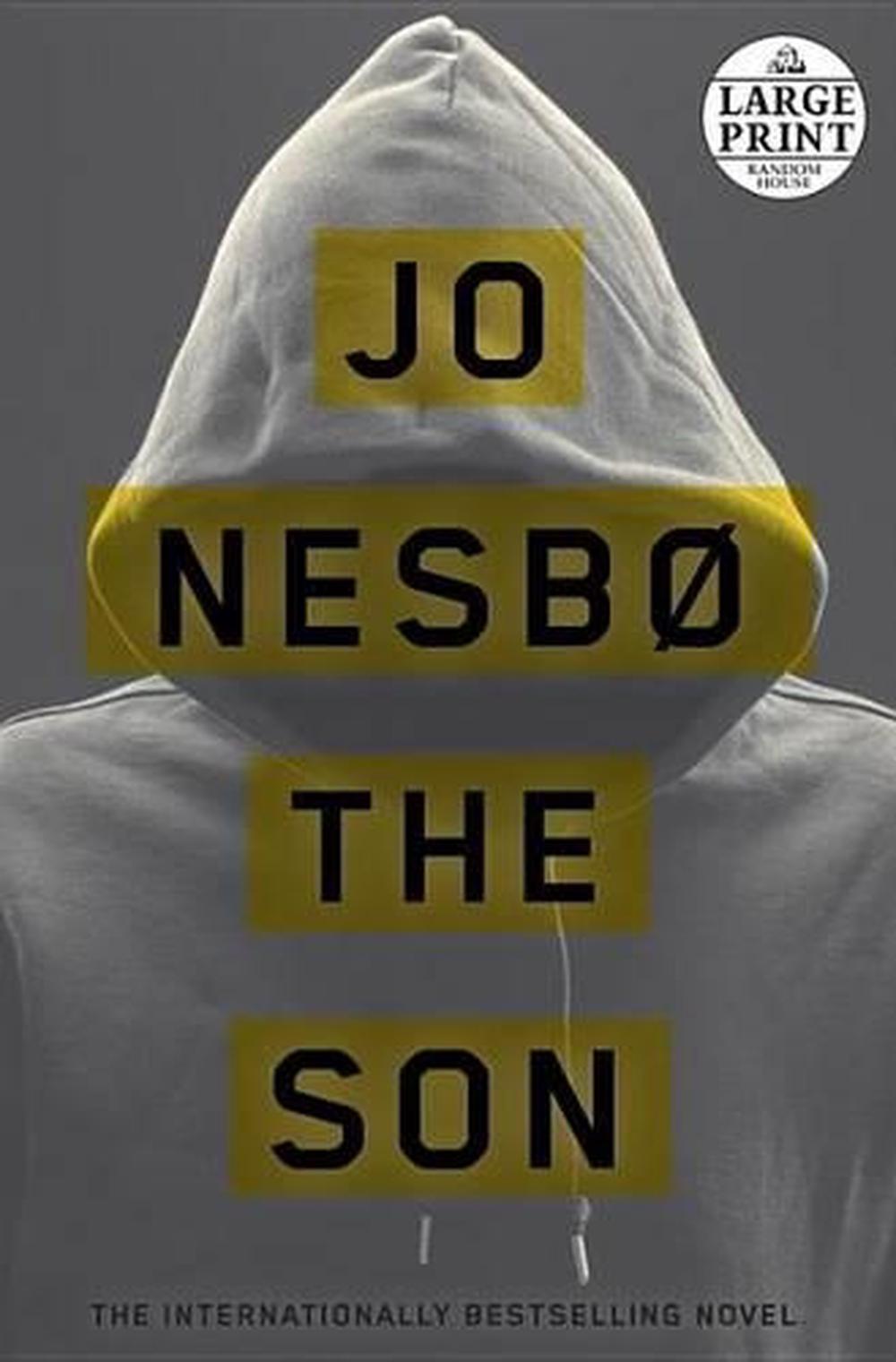 The author of the best-selling Harry Hole series now gives us an electrifying stand-alone novel set inside Oslo's maze of especially venal, high-level corruption. Sonny Lofthus is a strangely charismatic and complacent young man. Sonny's been in prison for a dozen years, nearly half his life. The inmates who seek out his uncanny abilities to soothe leave his cell feeling absolved. They don't know or care that Sonny has a serious heroin habit--or where or how he gets his uninterrupted supply of the drug. Or that he's serving time for other peoples' crimes.

Sonny took the first steps toward addiction when his father took his own life rather than face exposure as a corrupt cop. Now Sonny is the seemingly malleable center of a whole infrastructure of corruption: prison staff, police, lawyers, a desperate priest--all of them focused on keeping him high and in jail. And all of them under the thumb of the Twin, Oslo's crime overlord. As long as Sonny gets his dope, he's happy to play the criminal and the prison's in-house savior.

But when he learns a stunning, long-hidden secret concerning his father, he makes a brilliantly executed escape from prison--and from the person he'd let himself become--and begins hunting down those responsible for the crimes against him . . . The darkly looming question is: Who will get to him first--the criminals or the cops?

JO NESBO is a musician, songwriter, economist, and author. He has won the Glass Key Award for best Nordic crime novel. His Harry Hole novels include The Redeemer, The Snowman, The Leopard, and Phantom, and he is also the author of Headhunters and several children's books.

"Excellent . . . Nesbo takes the reader on a chilling ride with many unexpected twists." --Publishers Weekly (starred review) "The standard bearer for the phenomenon that is Scandinavian crime fiction. . . . Fast-paced and imaginatively violent, this latest example of Nesbo's Nordic noir hurtles like an express train towards a last act of almost operatic extravagance that leaves dead bodies and carefully nurtured reputations littering the stage. Great stuff altogether." --Independent (Ireland)

"[Nesbo is] one of the current leading lights in Scandinavian crime fiction . . . Ridiculously talented . . . with his clear gift for hairpin twists and turns. . . . The thriller is so tightly plotted that it will keep readers steadfastly glued to their seat. . . . What Nesbo has crafted is not a whodunit in the traditional sense, as the writer is interested in the far more fascinating question of what can drive a person to evil?" --Daily Style (Australia)

"Nesbo's new book makes all the hype before publication seem like false modesty, and is quite simply a fantastic piece of crime literature. . . . First and foremost, this is a clever, enthralling and driven story that is impossible to put down." --Dagens Naeringsliv (Norway)

"Yet another powerful demonstration of Nesbo's talent for creating a story that plays on all nerve strands and with so much intensity that it embodies both the Bible and Batman at once. It is really well done. It is still early in the year, but I wouldn't be surprised if someone should dub The Son as the crime novel of the year." --Ekstra Bladet (Denmark)

"The pace proves to be on top in the new book, in a positive sense. This remains Norwegian crime literature in a class by itself. A plot that stretches and spreads out like great mathematical formulas, with many unfamiliar characters in the equation, but without being arcane or excessive in his fantastic interpretations. . . . Jo Nesbo prevails once again." --Dagsavisen (Norway)

"The Son is a modern take on the story about Christ, that tackles the corruption in Oslo. . . . Jo Nesbo's writing is incredible as usual." --Jyllands-Posten (Denmark)

"Tremendously well written by Nesbo. . . . There is something unstoppably vital about Jo Nesbo as a designer of crime stories in the baroque style. His pen is on fire and although it may be noted that it goes too fast sometimes linguistically, the stories he creates has so many staggering twists and turns that it is almost physically impossible not to get hooked." --Aftenposten (Norway)

"Crime novels are rarely so skillfully told and at the same time so much more than pure entertainment. But Nesbo is a master." --Berlingske (Denmark)

"No Norwegian crime writer can create such complex crime plots without losing in detail like Nesbo can. You might say that Nesbo is both high and low in his texts, and that is one of the main reasons why his novels rise above most others in this genre." --Dagbladet (Norway)

"It is a formidable, diabolically clever and devilishly good book that is well put together, down to the smallest detail." --Nordjyske Stiftstidene (Denmark)

"No one at our latitudes knows the game like Nesbo does. No one is even close to his craftsmanship in writing crime novels that hold such international standard." --Adresseavisen (Norway)"

"A high level of suspense all the way and limitless brutality. The bad guys get what they deserves and Nesbo's writing is almost more cynical and concrete than usual. There are also a few love stories along the way, that--almost--end happily." --Lolland-Falsters Folketidende (Denmark)

"A deftly plotted novel that probes the deepest mysteries: sin, redemption, love, evil, the human condition. . . . One of Nesb

1 Rover kept his eyes on the white-painted concrete floor in the eleven-square-metre prison cell. He bit down on the slightly too long gold front tooth in his lower jaw. He had reached the hardest part of his confession. The only sound in the cell was his nails scratching the madonna tattoo on his forearm. The boy sitting cross-legged on the bed opposite him had remained silent ever since Rover had entered. He had merely nodded and smiled his blissful Buddha smile, his gaze fixed at a point on Rover''s forehead. People called the boy Sonny and said that he had killed two people as a teenager, that his father had been a corrupt police officer and that Sonny had healing hands. It was hard to see if the boy was listening--his green eyes and most of his face were hidden behind his long, matted hair--but that didn''t matter. Rover just wanted his sins forgiven and to receive Sonny''s distinctive blessing so that tomorrow he could walk out of Staten Maximum Security Prison with the feeling of being a truly cleansed man. Not that Rover was religious, but it could do no harm when he intended to change, to give going straight a real try. Rover took a deep breath. "I think she was from Belarus. Minsk is in Belarus, isn''t it?" Rover looked up quickly, but the boy made no reply. "Nestor had nicknamed her Minsk," Rover said. "He told me to shoot her." The obvious advantage of confessing to someone whose brain was fried was that no name and incident would stick; it was like talking to yourself. This might explain why inmates at Staten preferred this guy to the chaplain or the psychologist. "Nestor kept her and eight other girls in a cage down in Enerhaugen. East Europeans and Asians. Young. Teenagers. At least I hope they were as old as that. But Minsk was older. Stronger. She escaped. Got as far as T