by Gerard Way and Gabriel Ba 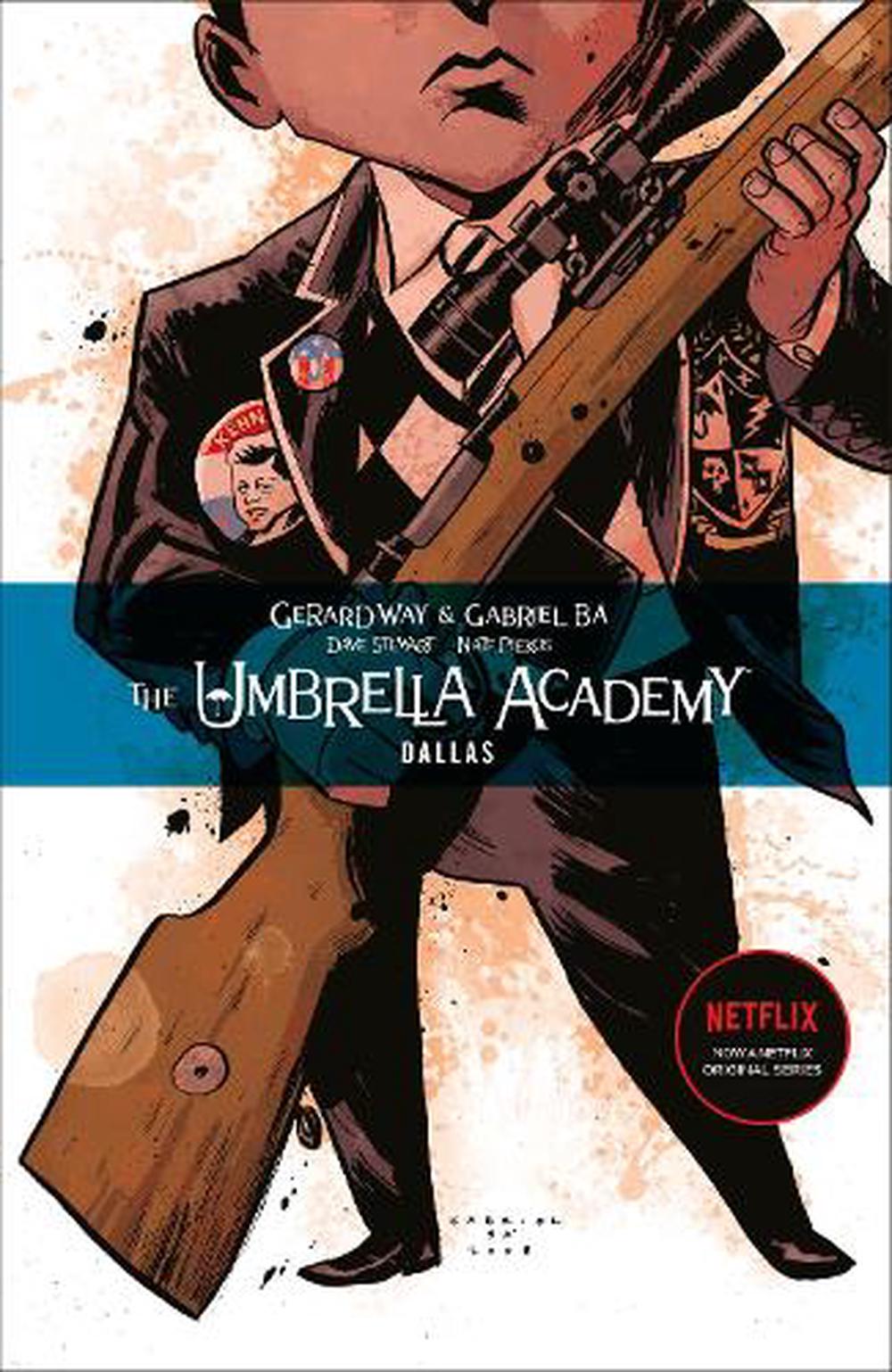 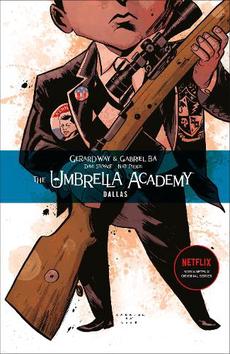 The team is despondent following the near apocalypse created by one of their own and the death of their beloved mentor Pogo. So it's a great time for another catastrophic event to rouse the team into action. Trouble is, each member of the team is distracted by some very real problems of their own. The White Violin is bedridden due to an unfortunate blow to the head. Rumor has lost her voice - the source of her power. Spaceboy has eaten himself into a near-catatonic state, while Number Five dives into some shady dealings at the dog track and The Kraken starts looking at his littlest brother as the key to unraveling a mysterious series of massacres... all leading to a blood-drenched face-off with maniacal assassins, and a plot to kill JFK

Gerard Arthur Way (born April 9, 1977) is an American singer, songwriter, musician, and comic book writer who was the lead vocalist and co-founder of the American alternative rock band My Chemical Romance from its formation in September 2001 until its split in March 2013. His debut solo album Hesitant Alien was released on September 30, 2014. He also wrote the comic mini-series The True Lives of the Fabulous Killjoys and the Eisner Award-winning comic book The Umbrella Academy.