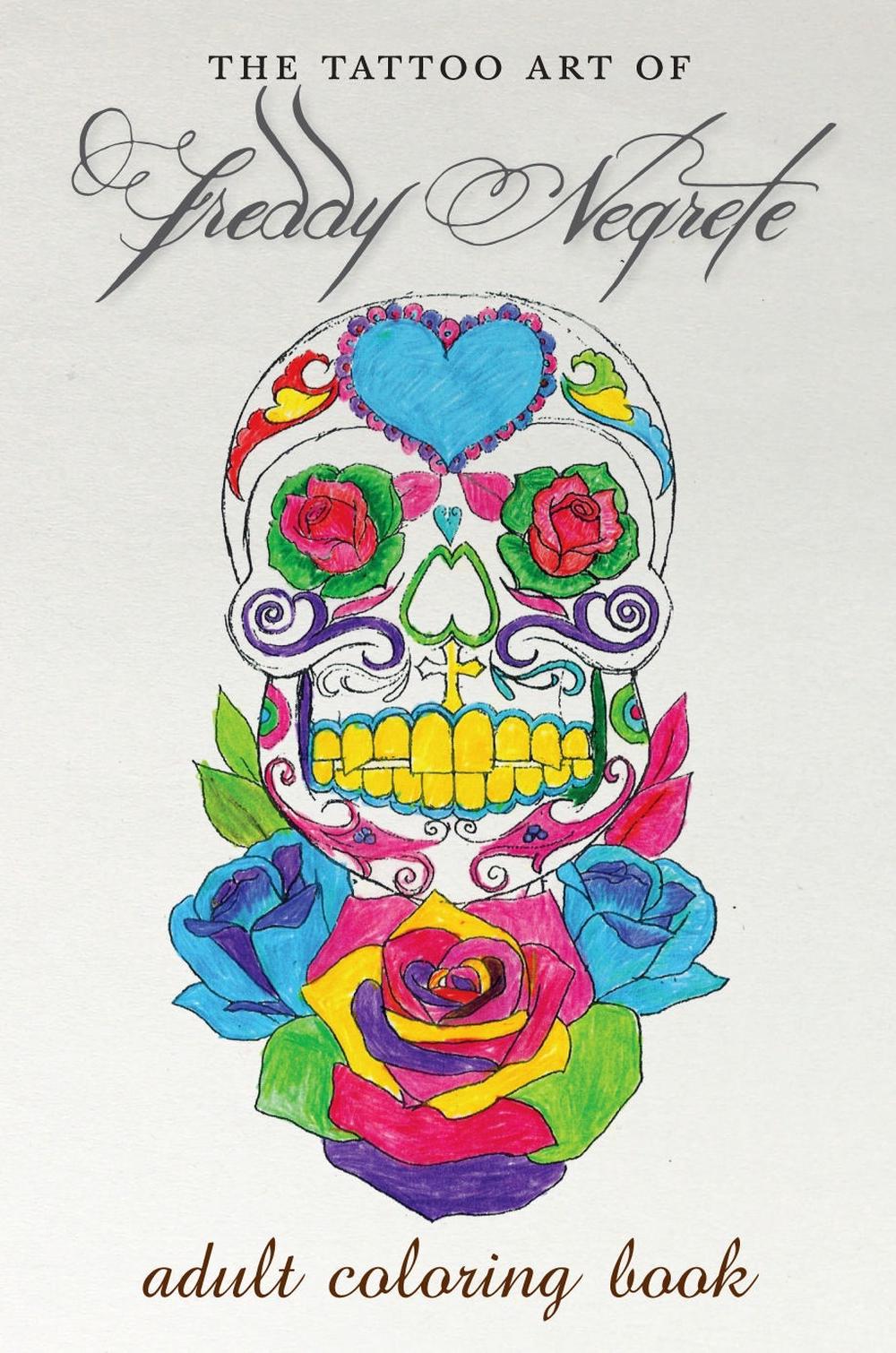 For everyone who loves colouring books, but finds the flowers-and-butterflies options too tame, here is the colouring book with street cred. With pages and pages of original tattoo designs by the legendary prison-style tattoo artist Freddy Negrete, The Tattoo Art of Freddy Negrete combines the mind-calming activity of colouring with a badass attitude!

Legendary tattoo artist FREDDY NEGRETE is best known for his pioneering black-and-gray tattoo style. His "joint-style" designs eventually found their way out onto the streets of East LA and, in 1980, he created a piece that earned him a Tattoo Artist of the Year Award. Freddy has been featured in the History Channel's Marked series, in the documentary Tattoo Nation, on Spike TV's Inkmaster as a guest judge, and in numerous print, online, and video publications. In 2007, he was awarded a Lifetime Achievement Award by the Body Art Expo, one of the biggest and most established tattoo conventions in the world. He frequently consults for the film industry when prison or tattoo art is used in film. Freddy lives in Hollywood and works at the Shamrock Social Club on the Sunset Strip. He has tattooed numerous celebrities, musicians, and sport personalities.