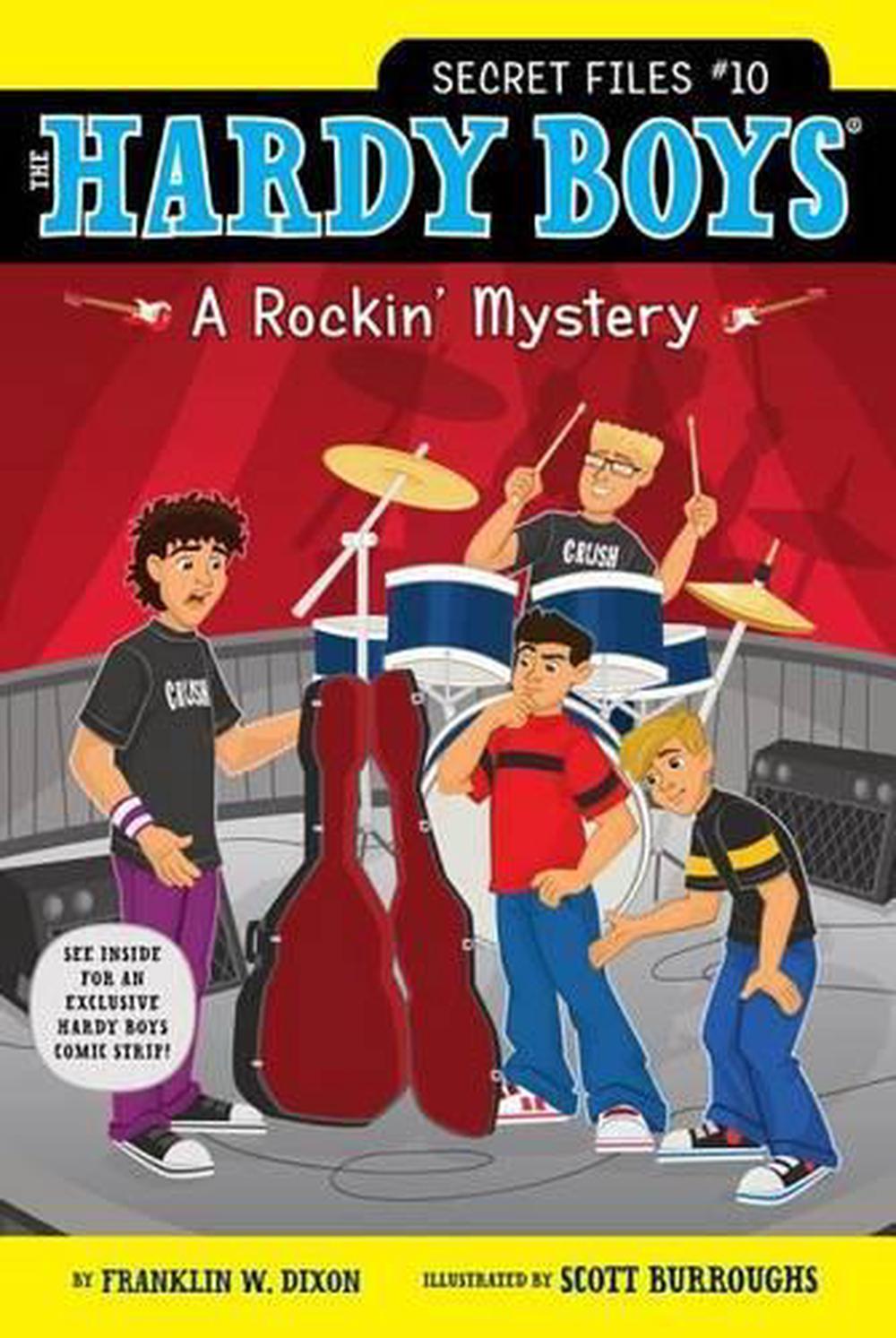 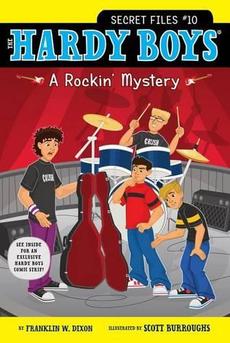 In this Hardy Boys Secret Files mystery, a missing bass guitar causes a few wrong notes at the Battle of the Bands. Frank and Joe are thrilled to learn that the popular band, Crush, is scheduled to perform in Bayport's huge Battle of the Bands--and even more excited when they find out that their friend's brother, Dylan, is the bass guitarist. But on the day of the performance, Dylan's prized guitar has gone missing! Could someone from a rival band have taken it in hopes of gaining an advantage? Or could the culprit be someone closer to home? It's up to Frank and Joe to investigate this rocking mystery--or else Crush might be crushed in the competition!

A Rockin' Mystery 1 A Sour Note You look like a monkey, and you smell like one too!" Nine-year-old Frank Hardy looked at his brother, Joe, and laughed as their friend Paul McMahon blew out the candles on his huge birthday cake, which was decorated to look like a dinosaur. Everyone cheered as Paul blew out all ten candles on the first try. "Time for presents!" Paul cried as his mother started cutting up the cake. He ran over to the circle of chairs his parents had set up in his backyard and took a seat. Joe smiled and nudged Frank. "Looks like we'd better get over there," he said. "Paul's already torn into his first gift!" Frank laughed and shook his head. His classmate Paul seemed to be having a great time at his birthday party. They'd already played Pin the Tail on the Donkey and Red Rover, and Paul had won both. Now he was beaming as he pulled the last piece of gift wrap off Joyride, a hot new video game that had just been released days ago. It was a perfect way to spend a Saturday afternoon! "Oh, wow!" Paul shouted, waving the game above his head. "You guys! This is great! I can't wait to play this! Thanks, Mom and Dad!" Frank and Joe took their seats as Paul's mom came over to hand her son a piece of cake and give him a kiss. She handed cake to the kids on either side of Paul, then went back to the table to get more. "Hey, who's that?" Joe pulled on Frank's sleeve to get his attention and then pointed across the lawn to where an older boy, maybe fifteen or sixteen, was dragging some big pieces of equipment onto a raised platform. As they watched, three more boys came out of the house, each carrying an instrument and some more equipment. "That's Paul's older brother, Dylan," the boys' friend Chet piped up as he took a piece of cake from Paul's mom and sat down in the chair beside Frank. "What's he doing?" Frank asked. The older boys were scrambling around, plugging their instruments into extension cords and playing a few notes. "He's setting up," Chet replied, digging into his cake. A dab of chocolate frosting stuck to his nose. "You guys know he's a member of Crush, right?" "Crush?" Joe asked. "What's that?" Chet set his fork down and stared wide-eyed at Joe, as if Joe had just asked who Batman was. "What's Crush?" he asked. "You guys? It's only the best rock band in Bayport, or maybe the entire state!" Frank shrugged. "Never heard of them."