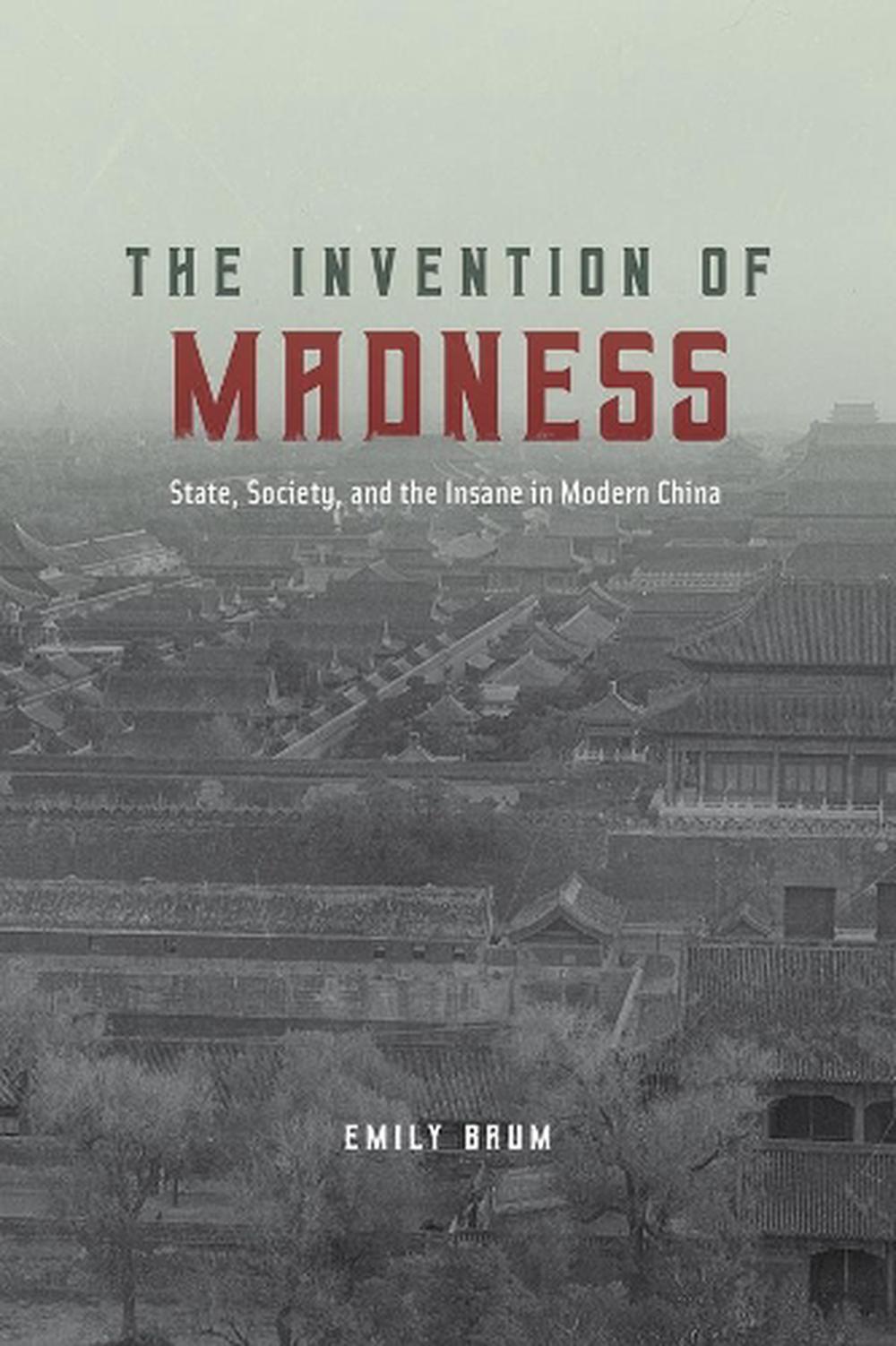 Throughout most of history, in China the insane were kept within the home and treated by healers who claimed no specialized knowledge of their condition. In the first decade of the twentieth century, however, psychiatric ideas and institutions began to influence longstanding beliefs about the proper treatment for the mentally ill. In The Invention of Madness, Emily Baum traces a genealogy of insanity from the turn of the century to the onset of war with Japan in 1937, revealing the complex and convoluted ways in which "madness" was transformed in the Chinese imagination into "mental illness."

Focusing on typically marginalized historical actors, including municipal functionaries and the urban poor, The Invention of Madness shifts our attention from the elite desire for modern medical care to the ways in which psychiatric discourses were implemented and redeployed in the midst of everyday life. New meanings and practices of madness, Baum argues, were not just imposed on the Beijing public but continuously invented by a range of people in ways that reflected their own needs and interests. Exhaustively researched and theoretically informed, The Invention of Madness is an innovative contribution to medical history, urban studies, and the social history of twentieth-century China.

Emily Baum is associate professor of modern Chinese history at the University of California, Irvine.

"This book makes significant headway toward illuminating our understanding of mental illness and healing in a period that was central to the emergence of the modern Chinese state. Emily Baum has identified important sources and developed a fascinating narrative that presents the formation of a recognizably modern psychiatry in China. She ably guides the reader through a complex history wrought by overwhelming transformations felt at elite and popular levels alike."--Richard C. Keller, University of Wisconsin-Madison "Baum's construction of 'madness' reveals the resilience of Chinese traditional medical practice. By focusing on mental health, an emerging but difficult field of modern Chinese history, Baum's pathbreaking work demonstrates with remarkable clarity and conviction the complexity of China's quest for 'hygienic modernity' from the late Qing to the 1930s. . . . Invite[s] us to contemplate again this rich, recent past to refresh our understanding of China's modernity, an ongoing process of 'becoming.'"--Cross-Currents: East Asian History and Culture Review "Baum chronicles the transition from eclectic but largely family-centered premodern apprehensions and treatments of 'mad behaviors' to a more unified, biomedical, institutionalized view of madness that was intimately linked to questions of social control, political legitimacy, and the rubric of 'mental hygiene.' Along the way, this history of neuropsychiatry's penetration of the administrative and social fabric of modern China examines topics including disjunctures between state and civil actors concerning new understandings and practices around mental illness, as well as the 'psychiatric entrepreneurs' who profited from--and sometimes helped to invent or define--new psychiatric conditions. Baum's careful unearthing of these tensions and innovations sheds informative light on the ways in which madness was invented not just as a top-down administrative or biomedical-neuropsychiatric project but in negotiation with a wide range of actors."--New Books in East Asian Studies "An erudite piece of scholarship that brings into sharp relief the role of Chinese madness for the literature on the history of medicine. . . . Her writing weaves together seemingly disparate facts into a compelling and accessible narrative. . . . Baum adroitly probes how the Chinese denoted and constructed native terms for madness. . . . An exemplary standard to judge the invention of madness in China."--Bulletin of the History of Medicine "The very first monograph on madness and psychiatry in Republican China. . . . The narrative provides clear guidance through a complex history during which popular understandings of madness (and the institutions designed to manage it) changed quickly and dramatically. . . . [An] instructive survey."--Journal of Chinese History "Employing abundant primary sources, [Baum] offers an insightful analysis of the madness problem and its ties with China's nation building, state building, and society building. . . . Baum's book presents a persuasive history of mental health in China that is skillfully grounded in the context of China's evolution as a nation and a society."--CHOICE "Baum's insightful examination of the modernization of mental health in republican China provides an important step in furthering our knowledge of the interaction between mental health practice and modernity."--H-Disability "A historical narrative that is dynamic and remarkably kaleidoscopic. . . . The Invention of Madness is a pathbreaking work. As the first historical monograph on madness and psychiatry in modern China, it fills many long-extant knowledge gaps in an area that has thus far remained relatively unexplored. . . . With its rich findings and innovative framework, [it] will shed light on future research on mental illness and psychiatry in other major Republican cities as well as in other historical periods in modern and contemporary China. While the subject of the book may seem narrow and esoteric at first sight, it touches upon a wide range of issues and will interest scholars in fields as diverse as medical history, medical anthropology, urban history, and the study of everyday life. Mental health professionals can also learn about their discipline's past from this beautifully written and accessible text. . . . It will be worthwhile to follow Baum's lead and take a view that is at once close-up and panoramic to grasp the complexities of this new, evolving landscape."--China Review International "The Invention of Madness offers refreshing new perspectives on a topic that has been surprisingly understudied--the diverging ways in which mental illness was understood, managed, and experienced in China in the first half of the twentieth century. With well-crafted arguments that are vigorously supported by a wide array of archival sources, this excellent book is anchored by a deep and comprehensive bibliography of scholarship on modern Chinese history, the history of Chinese medicine, and the comparative history of psychology and psychiatry, and should find an audience among historians of medicine, psychology, and psychiatry as well as experts in the history of modern China."--Carol A. Benedict, Georgetown University