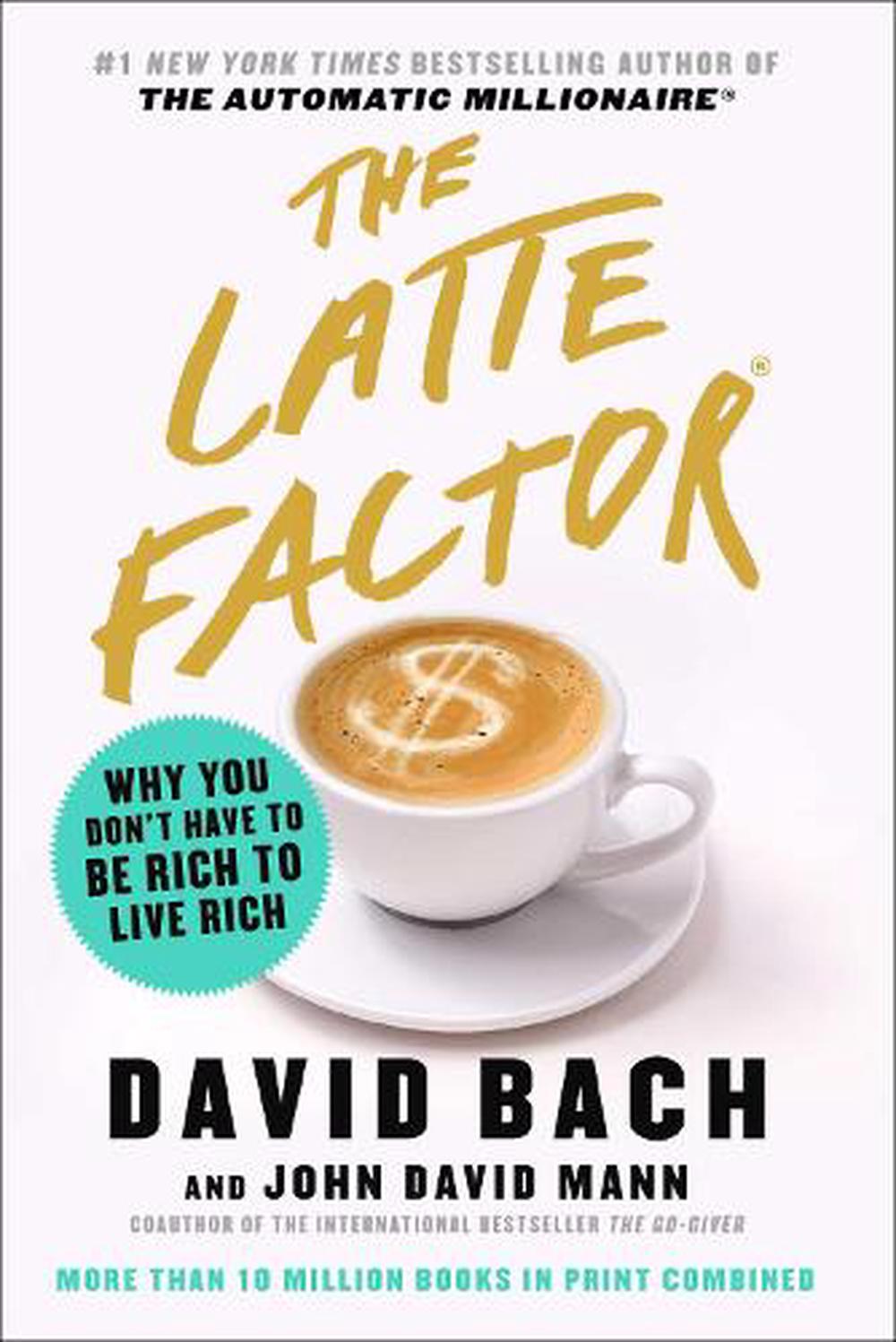 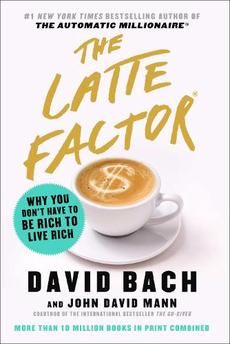 Discover #1 New York Times bestselling author David Bach's three secrets to financial freedom in an engaging story that will show you that you are richer than you think . Drawing on the author's experiences teaching millions of people around the world to live a rich life, this fast, easy read reveals how anyone--from millennials to baby boomers--can still make their dreams come true. In this compelling, heartwarming parable, Bach and his bestselling coauthor John David Mann ( The Go-Giver ) tell the story of Zoey, a twenty-something woman living and working in New York City. Like many young professionals, Zoey is struggling to make ends meet under a growing burden of credit card and student loan debt, working crazy hours at her dream job but still not earning enough to provide a comfortable financial cushion. At her boss's suggestion, she makes friends with Henry, the elderly barista at her favorite Brooklyn coffee shop. Henry soon reveals his "Three Secrets to Financial Freedom," ideas Zoey dismisses at first but whose true power she ultimately comes to appreciate. Over the course of a single week, Zoey discovers that she already earns enough to secure her financial future and realize her truest dreams--all she has to do is make a few easy shifts in her everyday routine. The Latte Factor demystifies the secrets to achieving financial freedom, inspiring readers to realize that it's never too late to reach for your dreams. By following the simple, proven path that Henry shows Zoey, anyone can make small changes today that will have big impact for a lifetime, proving once again that "David Bach is the financial expert to listen to when you're intimidated by your finances" (Tony Robbins, #1 New York Times bestselling author of Money: Master the Game ).

David Bach is one of the most trusted financial experts and bestselling financial authors of our time. He has written nine consecutive New York Times bestsellers with over seven million copies in print, including two #1 New York Times bestsellers, The Automatic Millionaire and Start Late Finish Rich . In addition to his books, David has impacted millions of people over the past two decades through his seminars, speeches, newsletters, and thousands of media appearances. He is also the cofounder of AE Wealth Management, regarded as one of America's fastest-growing financial planning firms, and the founder of FinishRich Media , a website dedicated to revolutionizing the way people learn about money. Learn more at DavidBach.com. John David Mann is coauthor of the beloved classic The Go-Giver , which has sold nearly a million copies in twenty-six languages and was awarded the 2017 Living Now Book Award's Evergreen Medal for its "contribution to positive global change." His books have sold more than 2 million copies and have earned the Nautilus Award, the Axiom Business Book Award Gold Medal, and Taiwan's Golden Book Award for Innovation. Learn more at JohnDavidMann.com.

"When I first started my career, I was deep in debt and full of shame, fear, and embarrassment about money. David Bach's books helped me turn that around and create real financial freedom. On MarieTV we featured David and his Latte Factor challenge--and the results for our community were immediate. The Latte Factor works!"

The Latte Factor CHAPTER 1 The Oculus Boarding the L train to work Monday morning, as she did every day, Zoey took a sip of her double-shot latte and thought about the photograph. She thought about it for the full forty minutes it took to travel west and then south, from Brooklyn to her last stop in Lower Manhattan, and she thought about it as she stood to exit the train along with a thousand other passengers. What was it about that photograph? The subway car doors opened and Zoey became a drop in the ocean of commuters as it poured through Fulton Center, the hub where nearly every subway line in Lower Manhattan converged. The wave carried her along through the gray-tiled passageway and out into the huge open space below the World Trade Center, where Zoey stopped, rooted in place, as people flowed around her. She glanced up at the cavernous ceiling. It looked like the ribs of an enormous bird cast in white steel, a phoenix risen from the ashes of 9/11. She began moving again, feeling the hugeness of the place as she walked. Six hundred feet of pure white Italian marble. It was like being in a gigantic cathedral. The Oculus. Gateway to one of the most famous memorials and tourist destinations in the world. Zoey passed through it every day--twice, in fact: once on the way to work and then again on the way home--yet she''d never really stopped to take it in. She entered the white marble-lined West Concourse passageway, with its enormous LED wall display to her left, nearly a football field in length. Normally she ignored the constant rotation of advertisements and public service announcements, intent only on getting to the escalator. Today the image splashed across the big screen made Zoey stop in her tracks once more. The picture showed a fishing boat, complete with crew and nets--very much like the boat in that photograph, the one she couldn''t get out of her mind. Only, rather than rocking in the water at dockside, this boat sat stranded in the middle of a desert. Strange, thought Zoey. Strange, and strangely unsettling. As she watched, giant letters scrolled across the image, spelling out a message: If you don''t know where you''re going, you might not like where you end up. Moments later the image dissolved, replaced by more ads. Zoey walked on. Reaching the end of the passageway, she stepped onto the escalator, which carried her two stories up and into the sunlit glass atrium. She walked outside and turned back toward West Street, the sun in her eyes, to face the building where she worked. One World Trade Center, the tallest building in the Western Hemisphere. This was her daily routine. She loved standing in this spot, tipping her head way back and looking straight up, trying to see the top of the enormous tower as it stretched toward the sky. Today, though, her mind was elsewhere. If you don''t know where you''re going, you might not like where you end up. It was an ad for something--insurance company, car company, travel app, she couldn''t quite remember what. Hadn''t Jessica had something to do with that slogan? It seemed to her that this was one of Jess''s accounts, whatever it was they were advertising. Yet this morning somehow it felt like a personal message directed right at Zoey. And it gnawed at her. Just like that photograph. The one she couldn''t get out of her mind. She suddenly remembered the latte in her left hand and took a sip. It had gone cold. Normally she would now cross the street, enter the building, and take the elevator up to her office on the thirty-third floor. Today she diverted from her usual path. After crossing over West Street, she took a sharp right, heading away from One World Trade, and walked toward the reflecting pools, the two enormous square fountains built on the precise footprints of the original Twin Towers, bordered by short black marble walls with an endless stretch of names carved into their top surfaces. The 9/11 Memorial. She stopped at the north pool and looked down at the surging water below. Felt the surface of the marble and read the first dozen names. There were so many of them. Thousands of people had died here, in those dark days of September 2001. Zoey had been in grade school then. She glanced over at the great ribbed wings of the Oculus jutting up among the skyscrapers a block away. Why did everything look so different to her today? If you don''t know where you''re going, you might not like where you end up. Where exactly was it that Zoey was going? Where exactly did she expect to end up? Had she ever really thought about that before? A man stopped for a split second to glare at the watch on his wrist, then hurried on. Zoey stirred. She was going to be late for work. She started to turn away to head back toward One World Trade Center--but something held her in place. Instead, she stepped over to one of the nearby concrete benches and sat down, cold latte in hand, as the stream of tourists, commuters, and locals flowed past. She spoke softly, to no one but herself: "What am I doing with my life?"