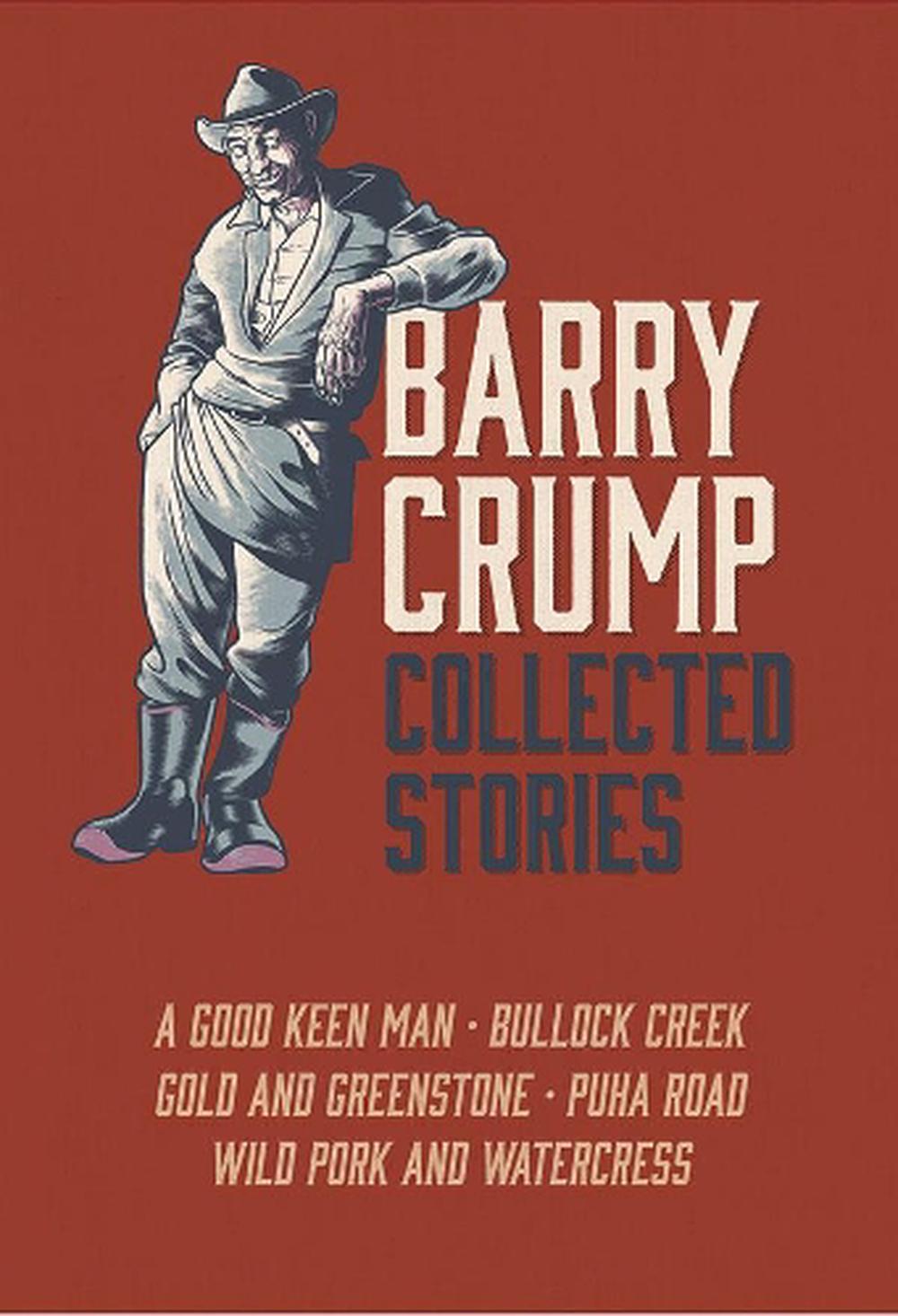 Barry Crump was one of New Zealand's most popular authors ever, selling over 1 million copies of his 24 books between the publishing of A Good Keen Man in 1960 through to his death in 1996. Though the reputation he gained in the wake of his turbulent personal life sometimes overshadows his literary career, he remains a superb storyteller, who perfectly captured the lifestyle and laconic humour of the rugged Kiwi outdoors man. His ability to craft a tale that is both moving and funny is superbly illustrated by the huge international success of the movie Hunt for the Wilderpeople, which is based on his book Wild Pork and Watercress. Almost all of Barry Crump's books are now out of print. This new volume of Collected Stories remedies that, by presenting five of his great classics in a handsome, hardback edition. The stories are: A Good Keen Man | Bullock Creek | Gold and Greenstone | Wild Pork and Watercress | Puha Road Barry Crump: Collected Stories belongs on the bookshelf of every New Zealand home, an important, highly enjoyable and often hilarious part of our literary heritage.

BARRY CRUMP was born in 1935 and died in 1996. In 1959 he began writing humorous sketches of life as a government deer-culler and pig hunter, publishing these as A Good Keen Man in 1960. This became a massive bestseller in New Zealand and over the next 50 years he wrote another 23 books, which sold over a million copies. As well as a best-selling author, Crump was an actor, TV personality, poet, radio commentator, man of leisure, traveller, goldminer, photographer and more. A successful 12-year association with Toyota brought a series of award-winning advertisements that catapulted Crump into living rooms around the country with his laconic, blokey style. Crump was married 5 times and had 6 children, all sons. In the 1990s Crump was awarded an MBE and OBE for services to literature, something he was quietly proud of and reckoned they'd be hard case pinned to his Swanndri. He was listed in the Who's Who as having no fixed abode, and regarded himself as a world citizen. He insisted that, first and foremost, he was just a Kiwi bushman.

Good read
By Lorraine
I bought the book after reading my brothers copy twice, that's how much I liked the book
By Robert