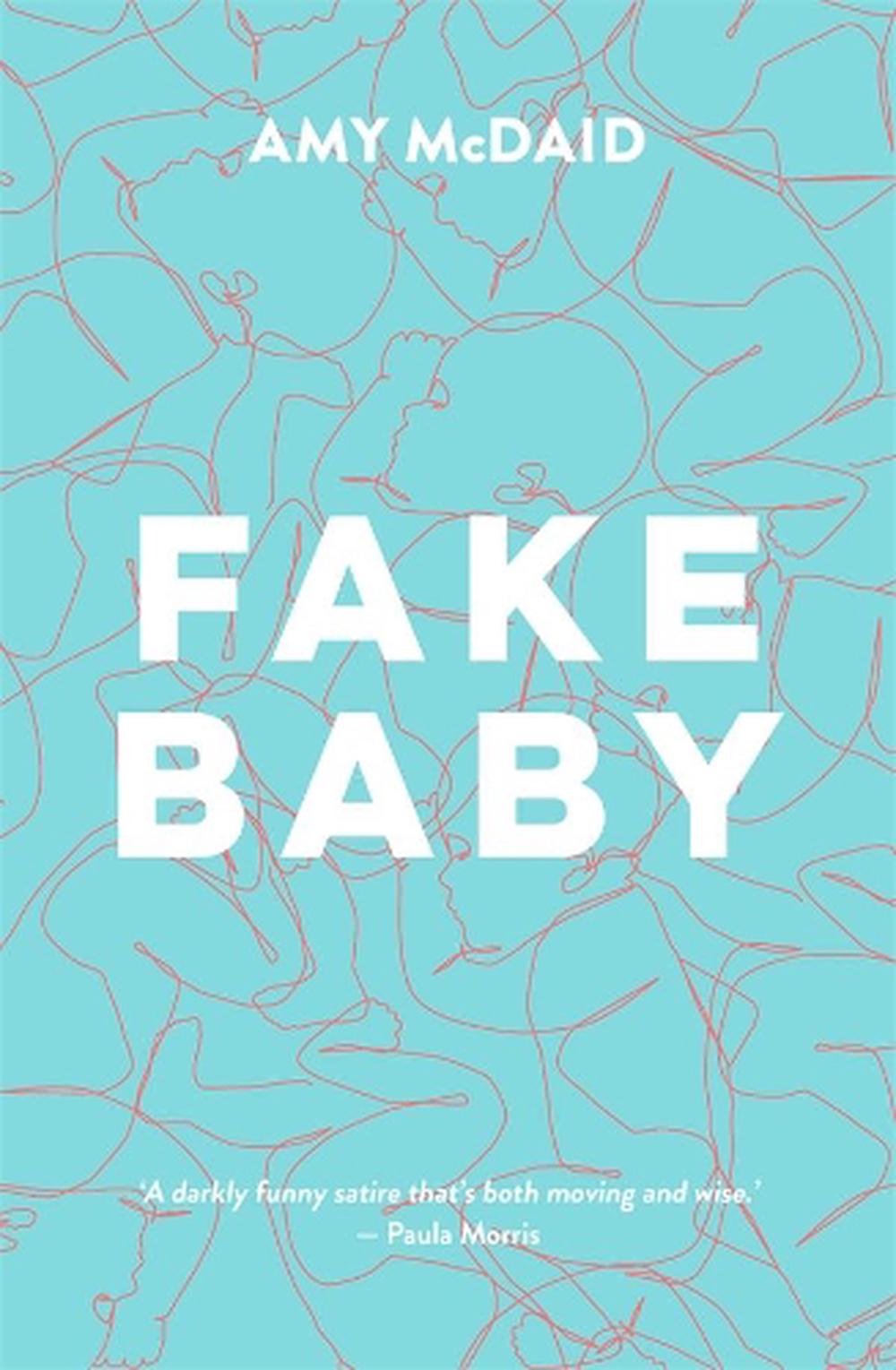 Fake Baby is a tender and funny exploration of the power of words, our perception of resilience and what it means to be real.

Stephen's dead father is threatening to destroy the world. If Stephen commits the ultimate sacrifice and throws himself into the harbour, he will save humanity. The last thing he needs is a Jehovah's Witness masquerading as a schoolboy and an admission to a mental health facility. Jaanvi steals a life-like doll called James and cares for him as if he were her dead baby. Her husband demands she return him. But she and James have already bonded, and it's nobody's business how she decides to grieve.

Lucas, pharmacist and all-round nice guy, is having one of the worst weeks of his life. His employees forgot his birthday, his mother's gone manic, and now his favourite customer is in hospital because of a medication error he made. Can he make things right? Or is life all downhill after forty?

Amy McDaid has a Master of Creative Writing (First Class Honours) and a Bachelor's degree in English and History from the University of Auckland. The first draft of Fake Baby was awarded the Sir James Wallace Prize- New Zealand's richest prize for a creative writing student. She works part-time as a Newborn Intensive Care Nurse and has work published in The Spinoff and Auckland University's Three Lamps Journal. Her short story 'Kowhai' was shortlisted for the Katherine Mansfield Short Story Novice Award in 2008.